Posted on August 29, 2017 by thesupacoowackiestblogintheuniverse

We’re not even at the finale and the conspiracy theories are already swirling for TAR Canada. 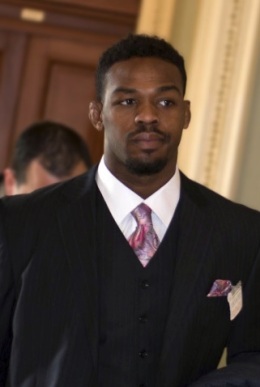 And hey, nobody will even notice the chem trails next time because Stu Ungar and Jon Jones will snort away the two white lines as soon as they see them on TV.

So we are finally heading into the quarterfinals of TAR Canada. If you go back and read what I said last week, I correctly predicted the format to the remainder of the season. Oh I am so smart.

Harmstone thinks Sam & Paul or Kevin & Ryan are getting a winner’s edit, but I disagree.

Perhaps it is stubbornness and/or confirmation bias on my part, but projecting Adam & Andrea as the winners since the second or third week still makes sense to me. We saw a lot of strategy from their perspective in Panama, and their ability to climb out of last place was made into a bigger deal than Karen & Bert falling to last place.

They were also shown interacting with every single team this round. That’s always one of the biggest keys to a solid winner’s edit.

Ugh. I have to admit that their edit started off big in the first three episodes then faded a bit until we approached the last chunk of the season.

Kevin & Ryan will drop in this ranking if they do indeed get revenge on Sam & Paul at the U-Turn, or if Sam & Paul get eliminated.

But something tells me we should expect both Sam & Paul and Kevin & Ryan in the Final Three.

As they continue to chase down a first place finish, they are in a virtual tie with Kevin & Ryan. Korey & Ivana have had a surge in content over the past few episodes, and they have cemented their role as being our comedic relief of the season.

Once they claim first place, their chances at winning this season effectively end. It’s the only loose end they have left in this season.

Their Hallmark Mother’s Day special last week was the most significant amount of content they have received in months.

They dance, they rap, they use their guns, they use their brains. . .and have been in their own little world away from everything else that is going on. In fact, they are the only team in this season that had no association with the first U-Turn. Something tells me they’ll have nothing to do with the second U-Turn either.

It’s going to be interesting to see if they can somehow break into the Final Four because absolutely nobody is expecting them to do so.

It is extremely rare for an invisible team at the start of the season to go on and win the whole thing. A producer’s most important pair of episodes are the premiere and the finale.

Kevin & Ryan won’t shut up about wanting to be back on top of the podium for the first time since the season premiere.

Let’s get this shit show over in Regina and let them have it this week. Better now than in the finale.

Because it’s a self-drive leg in a rural area. No trolling taxis will be present!

Adam & Andrea will be dodging the U-Turn drama this time around. The synchronized choreography tasks have been their biggest weakness this season. Luckily, nothing indicates that TARC will be abusing this genre while in Regina.

Expect them to preserve their 3.0 average.

Sam & Paul have been the strongest team for quite a while now. . .which is why at least two of the teams left in this season will not hesitate to U-Turn them. Including the team they U-Turned a few weeks ago.

A U-Turn will not be enough to eliminate them from the race, though. They are bound to throw up Karen & Bert’s picture as a defensive move.

A minor inconvenience in the form of a Speed Bump will be easy to overcome.

But the U-Turn? Whoever gets U-Turned will almost certainly be U-Turning Karen & Bert as an act of self-defense. Because the Speed Bump will be just enough to ensure Karen & Bert are not first to the U-Turn board, they are nearly guaranteed to be eliminated this leg.

Hey, at least it wasn’t on Mother’s Day!

Oh, and never finishing above fourth place all season long may or may not be the reason why I am being so damn presumptuous.