Posted on September 5, 2016 by thesupacoowackiestblogintheuniverse

Right after the Cuban episode aired, fans took to the message board to talk about whether you are a wimp for being unhappy with a bloody finger, Steph & Kristen’s resemblance to one another, if Jillian deserved to win BBCAN 1, and once again attempting to contrast Canadians and Americans.

Or have Emmett self-inflict a machete cut against one of his own fingers to level things out. There would be more blood spilled than The Bay of Pigs. 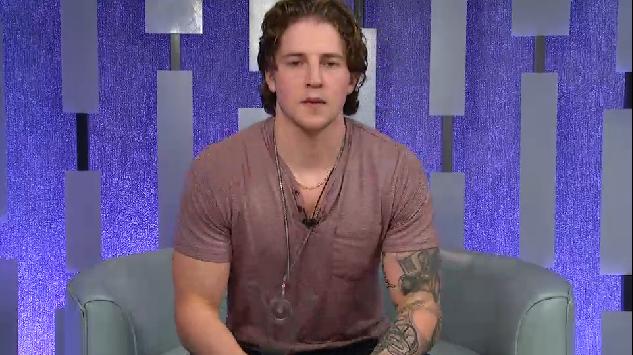 Leave it to the Big Brother contestant to get blood on his hands. Ohohohoho.

There is very little common ground.

Most. How this ended up on the TAR Canada Facebook page is beyond me.

No gays have been saved by elimination.

Rita, Yvette, Kelly, Kate, Joel, and Ashley are not gay.

Given that both all-male teams finished last in two of the first three legs, it is no surprise that mostly women would be saved in a season where twelve out of the last sixteen contestants are female.

In fact, only one man being saved by a NEL is approximately the correct ratio.

And with a show that has declining ratings, I doubt producers are aiming to influence Canada as a whole when a couple of minority teams make it near the end of a competitive reality TV show. Their egos are not THAT inflated. 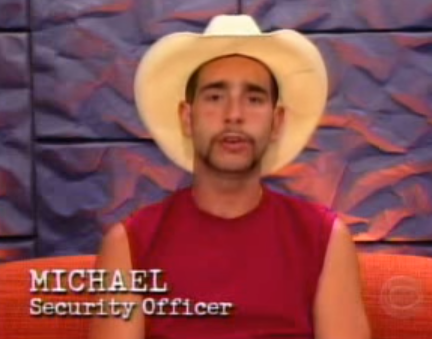 If they get Michael and Nakomis’d, their relationship is about to get realllll awkward.

The last commentator does bring up an interesting point.

a) The contestants and the admin of the TARC page are unhappy with all of the anger directed towards Jillian online.

b) However, Emmett & Jillian are the subject of the highest percentage of posts that the official TARC page uploads onto their site.

c) Therefore, if the admin/production reduces the amount of Jillian-centric posts on their site, the less anger they will trigger from their fans.

Ultimately, succumbing to this pressure simply because a cluster of casual fans dislike Jillian is ridiculous, but perhaps maybe they deserve a minuscule part of the blame. If they give Jillian a chance to fade a bit as a central character, perhaps the casual fans will take a bit of a chill pill as well as spare Jillian from a high volume of cyber hate.

You mean Jillian didn’t deserve to win over a guy who was brought back at the FINAL FOUR and had three automatic jury votes from fellow evictees heading into the Final Two? Let’s not be silly now.

The tide is shifting. Slowly.

“Nova Scotia does not deserve these Ten Commandments! You shall drink bitter Atlantic waters for what you have done!”

What is with everyone trying to bring God into their personal dislike of a character on a competitive reality TV show that they see for three or four minutes per week? Am I the only one slightly worried?

Well, Kurt and others tried to calm the hatred down, but this is the response they got. 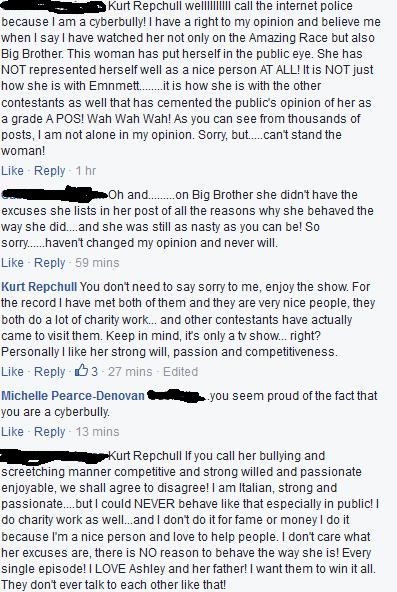 Let it be known Jillian has never been documented to go on a cyber tirade against an individual.

This unnamed individual has.

Jillian has also not been documented to audition for any acting roles or roles on television.

Well, unless you go by IMDb’s definition of an actress.

Lastly, how did this person determine the motivation for why Jillian does charity work? Does she scream at young orphans? Hell, I didn’t even know Jillian did charity work until Kurt mentioned it, therefore it is doubtful she does this for any Susan Sarandon-esque fame.

“For a dollar per day, you can feed Jillian’s career in the spotlight and give her the tools she needs to advance in the audition process for Big Brother Canada: All Stars.

Oh wait. This conversation is not done.

Good effort, Kurt and Michelle, but Italians like myself are notoriously stubborn.

A gold medal? Somebody watched a lot of Olympics this summer.

Well, this is a bag of mixed opinions. 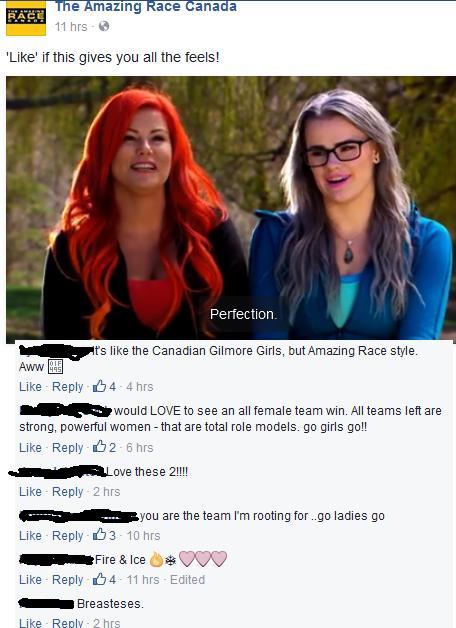 If it’s consolation for this guy, a motorboat involved during the next episode in Sydney. . .just not in the way he was hoping.

Let’s move on from that weirdo.

What would you prefer? A five-night stay at a hotel in Sudbury?

Nah, it’s the people who watch her antics on TV for three minutes per week who know her best. Don’t question the experts, pal!

While I am sure the intent with the response was meant to be pro-Emmett & Jillian, I do not think you came out the winner in this situation. Personally I prefer to refrain from threatening sexual assault when making my point. 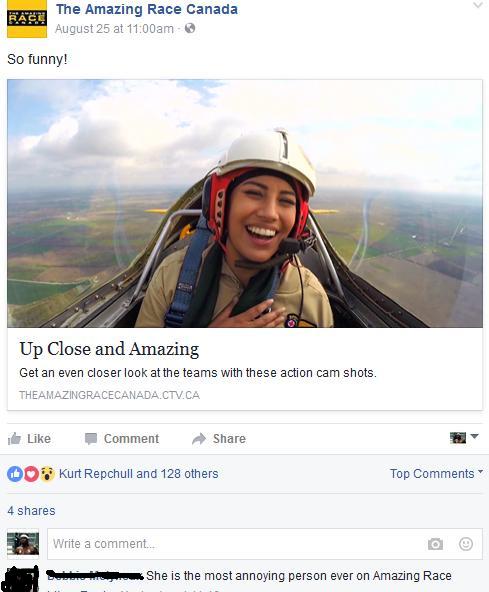 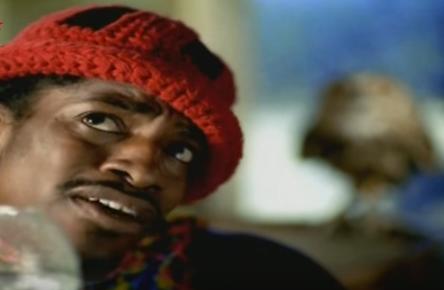 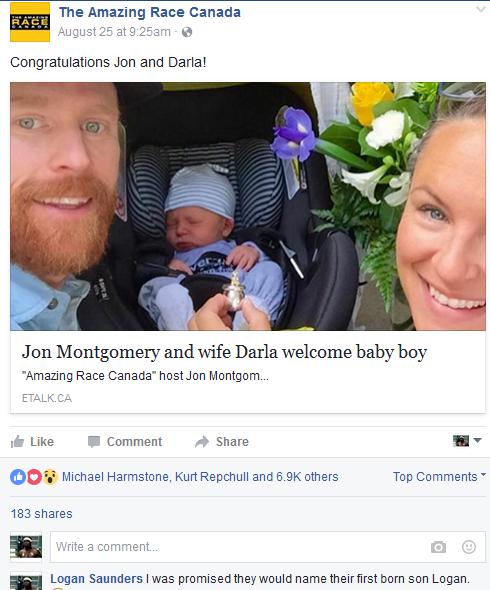 Even I can occasionally complain. I am only human.

“It is such poor acting–it is as if they are just being themselves rather than playing a character!”

Also, I know this cannot be scripted. Mainly because I know CTV cannot afford the budget of a comedy or drama series in house.

SO YOU PRETTY MUCH WANT PRODUCTION TO BRING BACK THE YIELD? BECAUSE THAT WOULD NOT HAVE BEEN SUCH A CRAZY REQUEST IF YOU POSTED IT WITH PROPER CAPITALIZATION.

And hey, we can see Steph & Kristen have mustaches drawn on their faces!

This is what happens when teams on The Amazing Race wear identical clothing.

At least Kami & Karli had the right idea.

Nope. The blood was actually casino salsa. They use that in Havollywood cinema.

Who would you prefer for All Stars?

Emmett and the Pain?

Or Emmett and the Brain?

If this were Survivor: All Stars, Steph would be the Tylenol Power Through the Pain moment of the week!

Because dogs living on streets is a staple when TAR visits Latin America or South America on Survivor. It is like having rice without beans.

And it gives me a reason to keep screencapping. A dog on the street is really no different than cats roaming the streets here in Canada–we’re just not used to seeing it.

And can you really reject a cute lil’ doggie who isn’t fortunate enough to have a home? The editors insert them into the episode for a reason!

Because TAR Canada is not an Espanol language tape?

Last time I checked, Paul Pimsleur was not a consultant for TAR Canada.

That sounds more like a game of Double Dutch rather than a TAR analogy. Americans are Tiffany & Krista, and Canadians are the Dutch?