Posted on January 31, 2016 by thesupacoowackiestblogintheuniverse

NOTE: Thirty-four English speaking teams competed in TAR during 2015 (TAR 26, TAR Canada 3, and TAR 27). Now it is time to evaluate how they all did. This is primarily being done because it is going to be at least a few years before I get to these seasons in my TARstorian rankings, and I doubt you want to wait until 2019 or so before you hear my opinions on contemporary racers.

We will be ranking these teams based on various criteria.

Entertainment value.
Overall racing abilities.
Likeability.
Overall storyline and ability to narrate the actions of what goes on.
Comedic contributions. 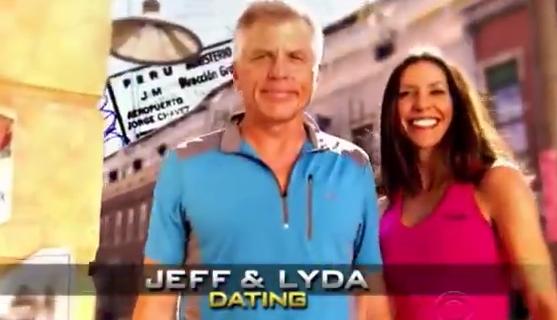 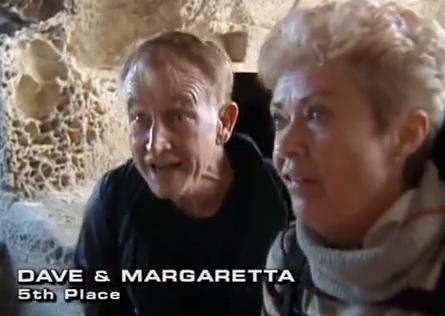 Approximately one team every few seasons would feature an elderly couple or elderly friends where at least one member was over the age of sixty. In addition, casual fans would usually go crazy whenever such a team would be cast.

For instance, over ten years have passed and people online still go crazy over Meredith & Gretchen. They are not even in my top five favourite elderly couples to run the race, but for whatever reason, the general audience obsessed over them.

Well, not as much as Ray did. But still.

The most success that old people have found on TAR is with Bill & Cathi making it to fifth place in TAR 19, and that was all because the first round was a Non-Elimination. Otherwise, Bill & Cathi would become Elderly Early Boot #37 in TAR history. 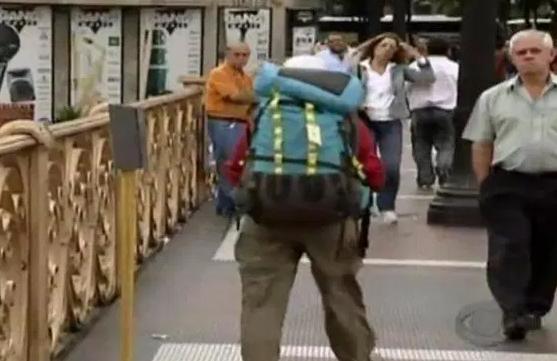 (CORRECTION BY READER HUGO: Fran & Barry also finished in 5th place during TAR 9, and since they didn’t have to be saved by a NEL in addition to winning a leg on their own and boasting a decent average, they would technically be the best. This as much as an oversight on my part as clue boxes were an oversight on the part of Fran & Barry!)

After TAR 19, something strange happened. TAR stopped casting old couples. In fact, even teams that involved grandparent-grandchild teams would be abruptly stopped. The oldest racer to play in the next six seasons would be Hoskote at the age of 61 in TAR 23. 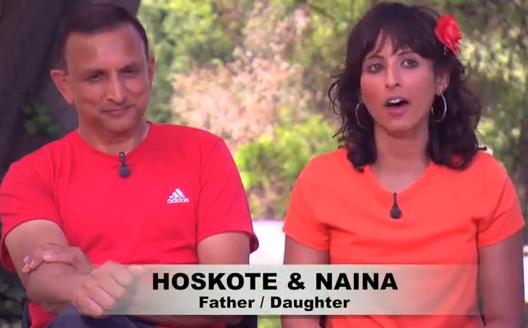 And yeah, he didn’t make it far. Ironically enough, it was all his daughter’s fault. I can’t wait to blog about TAR 23 because Hoskote & Naina might be the funniest first boots of all time overall. Just look up what their storyline was going into the season.

Other than Hoskote’s TAR 23 cameo, we have spent the past 4 1/2 years without anyone over the age of sixty. Producers essentially pulled the plug on casting any older players.

Do they hate their wrinkles? Did Bertram and Elise both have angry and loud racist grandparents growing up? Could they not stand their smell? No one knows, but all are strong possibilities.

Anyways, nothing made a stronger statement of ageism than when the TAR 26: Dating Couples theme was announced.

Although my favourite elderly couple of all time, Bob & Joyce, were dating online during their season, and thereby would have qualified for this theme. They were kicking ass in TAR 5 until they struggled with flights to St. Petersburg. Sigh.

Five of the teams were blind dates and the other six teams were all currently dating. You could already picture what this cast would be like heading into the season. 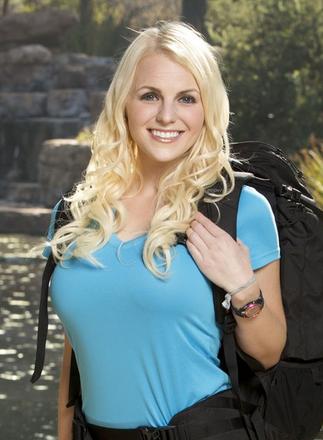 “hi omg ur so cute my bff will be so jelly” 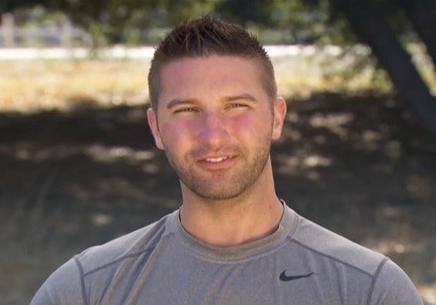 “yo whats up have you guys seen my shirtless pics in the bathroom mirror? its gotten me like thirty likes and has bagged me a ton of hot babes”

Nine out of the eleven teams were exactly like this. If you are in that demographic of middle-aged people who watch reality TV on the couch every evening, this probably pissed you off to no end.

The tenth team? Both are in their early-to-mid 40s, but were both young at heart. 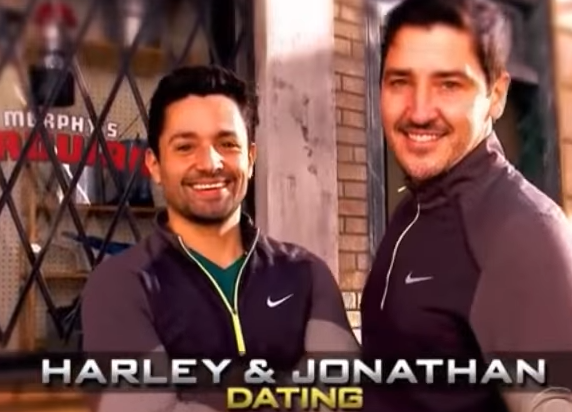 Mainly because one is chasing his youth by reuniting with his 90s boy band. I am not kidding you about this. More on them later.

This leaves us with one team. Producers rolled their eyes, and made a half-butted attempt to cater to those who want to root for whoever is the oldest in the cast.

Enter Jeff & Lyda. They are 57 and 49 respectively, but yet are seen as the Methuselahs of this season’s crew.

On paper, they stood a chance. I mean, everyone expected them to still go out early, but hell, them making it deep into the season was not entirely out of the question.

Jeff was a pilot who was in good shape, and Lyda is a flight attendant who is in great physical condition as well. They should be able to hold their own.

Unfortunately, producers would embrace the dating theme they put forth and had a lot of choreographic and goofy Big Brother-y tasks for this season.

That would mean Jeff would need to suddenly have the agility and flexibility of a guy half his age, and Lyda would need to develop an adolescent sense of humour if she wanted to enjoy this experience.

And in the first round. . .well, let’s just say was designed as a seek-and-destroy mission for Jeff & Lyda.

a) Everybody is given a selfie cam. What the hell would Jeff & Lyda do with one of those things? They are already out of the loop.

b) The first task is some weird mud pit that lets everyone interact. Jeff & Lyda don’t perform too badly in this task, but wow, it is a super duper social environment.

c) One of the Detour options involves learning a dance. Jeff & Lyda go with this dance. For three hours it looks like Jeff is doing the macarena before learning the steps correctly.

NOTE: I haven’t shared this story in full detail before, but I tweeted a joke to Lyda after the premiere that I enjoyed Jeff’s macarena during the episode. . .yeah, she didn’t take it the right way. I got a very stern “well, the dance was hard” and have never had any other interaction with her online since then. It’s probably for the best.

ANOTHER NOTE: This dance was created by a guy who used to fight in Japanese Mixed Martial Arts, and know his name from fighting in DREAM and UFC (and no, he has nothing to do with the Japanese MMA dance routine that used the song “Age Age Every Night” for Akihiro Gono’s entrance). The TAR 26 premiere is so awful and ridiculous that you can’t help but laugh at this. A guy who fought f–king Butterbean makes a cameo on The Amazing Race.

I have occasionally done an impression of Lyda’s meltdown on YATNcast for RTV Warriors.

e) Producers implement a Blind Double U-Turn during the opening round. Of course, Jeff & Lyda are not only the outcasts of this cast but also the most likely team to be trailing, and thus are an easy target who get U-Turned by Mike & Rochelle.

Combine all of this with Jeff & Lyda not being able to figure out who is the only team behind them (Hint: It is not Jeff & Jackie who were literally twenty steps away from securing a first place finish until they took off in the opposite direction), and Jeff & Lyda’s nightmare would end after just one round.

Personally, I found Jeff & Lyda to be somewhat interesting as a couple. Jeff was super relaxed and full of comedic potential prior to the start of the race, while Lyda was a no-nonsense and very serious individual. I know uncles and aunts personally who have this type of relationship, and found it relatable.

However, this combination would not do well on The Amazing Race. Lyda appeared to be beaten down by the experience, and knowing how high she set her expectations, I suspect it took a while to recover from this. That is what made watching the season premiere uncomfortable as a viewer. It is not as fun when you know a contestant may be vulnerable to a long term psychological impact from their experience rather than appreciating it as a light-hearted excursion.

As for Jeff? I think he approached it as a fun little getaway from his job, and was never particularly competitive about it. Perhaps the exact opposite goals of what Lyda had in mind.

I ultimately put them ahead of bad characters (Kelly & Shevonne and Gino & Jesse) as well as those edited as super boring characters by producers (Cindy & Rick and Susan & Sharnjit) because we did get a surprising amount of depth from Jeff & Lyda, and they still pushed through to the pit stop without being super disrespectful to anyone else or being permanently pissed off with Mike & Rochelle.

And hey, unless you’re a kid celebrating a birthday in Peru, can you -really- be mad at Mike & Rochelle.

P.S. This song is dedicated to Jeff & Lyda.

Hint for #29: They had a short run, but I made A LOT of terrible puns at their expense during their season.